The Grapes of Health: new study into grapes and dementia

One of the more fascinating parts of our job is keeping an eye on the various studies into the effects of consuming everyday foods on the development of dementia and other diseases.

The latest study reveals that eating grapes can have a positive effect on two major diseases – fatty liver disease and Alzheimer’s – and boost your life expectancy by up to five years.

According to the study published in the journal “Food”, adding a grape supplement for mice fed on a high-fat “Western-pattern” diet

A poor diet can contribute to fatty liver disease, which in turn can lead to liver failure and cancer, and is in turn linked to the development of Alzheimer’s.

Grapes are high in antioxidants which

“Defend your cells from damage caused by free radicals either inside the body – inflammation, for example – or outside the body, such as pollution, UV, or cigarette smoke.”

The anthocyanins in grapes can also improve the function of neurons in our brains, which in turn protect against the development of dementia. In addition, antioxidants also help combat inflammation. Brain inflammation is thought to be a contributing factor in several forms of dementia. Grapes also are a source of resveratrol, an antioxidant compounds that can protect your heart against inflammation.

A bunch a day

Not quite a bunch, but a study in 2020 suggested that eating a handful of grapes twice a day could cut the risk of developing Alzheimer’s in half.

Grapes could help by preventing the build-up of amyloid beta in cells, which in turn may block the formation of plaques. The impressive part of their findings is that a higher intake of flavonols could result in a 48% reduced risk of developing Alzheimer’s.

Many fresh foods are high in antioxidants, including:

As if this list couldn’t get more tasty, the antioxidants in dark chocolate are also beneficial in helping reduce the risk of cardiovascular disease (CVD).

Grape juice for all?

Previous studies have also indicated the benefits of grape juice. According to a 2015 book,:

“Red grape juice increased speed of learning and improvement of memory in Alzheimer’s rats. Since red grape juice contains antioxidant agents, there have been concerted studies into red wine, grape juice, or particular components such as resveratrol (a type of natural phenol) on brain pathology … Red grape juice can be considered a natural remedy for the prevention and treatment of neurodegenerative diseases such as Alzheimer’s Disease.”

“It is not possible to eat “enough” of an antioxidant to make a “big difference” to your health. “But if you change the level of antioxidant gene expression, as we observed with grapes added to the diet, the result is a catalytic response that can make a real difference.”

“The potential of natural compounds to provide real health benefits to brain function is only now beginning to be realized by brain researchers. The lesson they may eventually learn is that sometimes you just can’t improve upon Mother Nature.”

Home care for those with dementia

If you need hep caring for someone diagnosed with dementia, or have received a diagnosis yourself, contact us. Our home care team can provide specialist dementia care in your own home, as well as regular and respite care for caregivers. 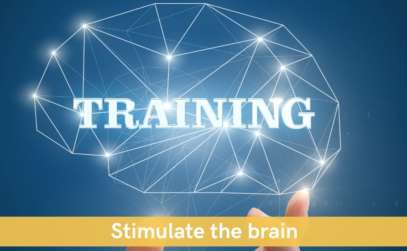 Brain training at home for seniors:’use... 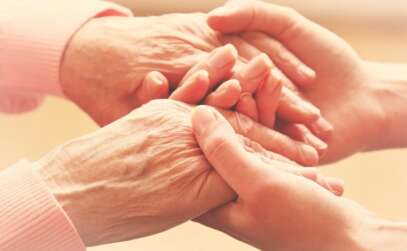 New to family caregiving? How to...