We all have brain waves, all the time. Our brains create waves at different frequencies to transmit information and thoughts. As Li-Huei Tsai, Picower Professor of Neuroscience at MIT , said in her fascinating TED talk:

“These waves are a little like the effect of the orchestra conductor waving a baton to keep the musicians synchronized..”

Gamma waves in the brain

The waves that are getting scientists excited in terms of potential Alzheimer’s treatments are gamma waves, which oscillate between 30 to 100 hertz (Hz). These are responsible for synchronizing brain activities in response to sensory information, and also are active in memory and learning. When these gamma waves are weaker than the normal levels, this might contribute to the progress of Alzheimer’s disease.

One of the issue in Alzheimer’s disease is the accumulation of plaques of protein in the brain, which block connections. It appears that by stimulating the brain with gamma waves at a frequency of 40Hz, either through light or sound or both, stimulates the immune cells in the brain that remove waste. Equally, the gamma waves appear to stimulate blood vessels to dilate, allowing more blood flow which helps the brain to “flush out” waste.

Researchers working with genetically engineered mice with low levels gamma waves found that after gamma wave stimulation, the mice performed better in a series of memory tasks, as well as showing changes in the activity of brain-cleaning cells. However, they also found that stimulation was short-lived, with the effects fading after a week of non-stimulation.

At the 2021 International Conference on Alzheimer’s and Parkinson’s Diseases 2021, new research was shared on how light and sound therapy boosted gamma waves and neuronal connections, although the memory improvement was marginal.

In a trial, volunteers sat in front of a specially constructed lightbox once a day and were stimulated by gamma lights and/or sounds. This system aimed to “entrain” the brain to respond to the gamma waves.

The early results were very interesting:

“Within one month, participants treated with flickers and hums slept better, and woke up less often during the night, than those treated with control settings. Functional MRI suggested three months of active treatment had strengthened connections in areas that process sight and in the posterior cingulate, a part of the default mode network involved in memory.”

In another trial of daily gamma stimulation over a six month period, an unexpected finding emerged, as Thomas Megerian and Suzanne Hendrix of the Pentara Corporation reported to the conference.

“Active treatment preserved 61 percent more tissue throughout the brain than control. “This was unexpected and very interesting,” Tsai remarked. Hendrix agreed. “It is fairly unusual to see large changes in the whole brain volume,” she said.”

Given the potential of gamma wave therapy to help those in the early stages of Alzheimer’s to at least delay the onset, studies continue. A study published in Nature’s scientific reports section investigated the optimal colour, intensity and frequency of flickering light gamma stimulation.

The study found that:

Practical help for those living with Alzheimer’s and dementia

At Vytality at Home, we see the impact of both Alzheimer’s and dementia on individuals and families every day. We follow the latest studies, developments and insights so we can help our customers live better at home for longer.

If you need help living at home with your dementia diagnosis, or are a caregiver in need of home care services and /or respite care, please contact us. 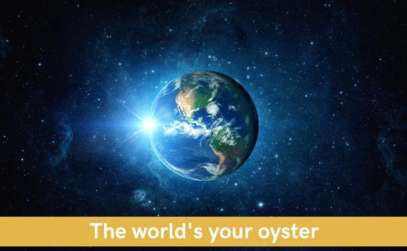 Travels from your armchair: virtual tours... 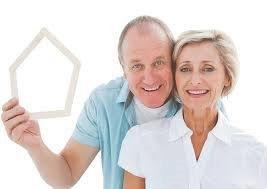 6 Reasons Why Seniors Want To...