What is the Gordie How Pro Am?

The Gordie Howe CARES Pro Am is a unique fundraising event held here in Calgary. The event puts together weekend hockey warriors with their heroes from the NHL Alumni. Anyone can enter a team (subject to a minimum fundraising level) and take to the ice with an NHL Alumni player on their team.

What’s more, the team that raises the most money gets to play an entire team of NHL Alumni at the Flames Community Arena in Calgary, Alberta.

All the money raised by this popular fundraising event supports people affected by Alzheimer’s disease and other types of dementia by helping fund research and awareness of Alzheimer’s, dementia and dementia related behaviours.

We were thrilled to create and enter our own team, the Vytality Vipers. As a team, we’d already fundraised over $25,000 to even enter, but we aimed to raise a whole lot more!

On Friday night, we were thrilled to be able to draft NHL Alumni Ethan Moreau onto our team. With over 928 games to his name, and having played for the Chicago Blackhawks, Edmonton Oilers, Columbus Blue Jackets, and Los Angeles Kings, the Vipers really benefitted from his experience, advice and enthusiasm. Thanks Ethan!

Here are the Vytality Vipers stats:

We also set a record of having a player injured in the first 10 minutes of play (1), and on Monday all our players were feeling lots of muscle aches!

Overall, the event had already reached its fundraising target of $1million by Friday evening, with $1,020,862 raised so far.

Whilst we didn’t win the fundraising competition, we did raise over $38,500 for Gordie Howe C.A.R.E.S., including $18,500 raised by Brad. Thank you to everyone who supported the players and the team and donated so generously. It is very much appreciated!

In addition to the on-ice action, there was a special tournament lunch on Friday. We loved hearing the update on the latest research being done by Dr Zahinoor Ismail and the team. His Q & A session led by Brad Lohman was both informative and inspiring.

A solid highlight of the lunch for us was a Hot Stove session with NHL legend Mark Messier. Mark is one of the all-time leading NHL scorers, and is known for his leadership abilities. Like Gordie Howe himself, Mark is widely regarded as the most complete player of his generation.

It’s this unique combination of inspiration, achievement and enjoyment that makes the Pro Am so special for us here at Vytality. We can’t wait for next year!

If you’ve been inspired too, you can still donate to Gordie Howe CARES via the ProAm website – here’s the link to Brad’s page.

For more information on how Vytality at Home can help with home care for those living with dementia, including respite care of their caregivers: 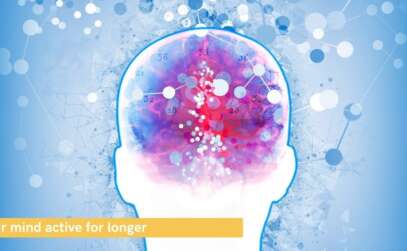 Remember this: new study into cognitive... 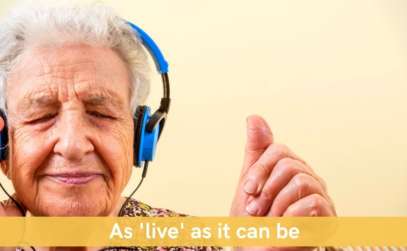