This week, the first new drug for Alzheimer’s disease in 18 years was approved by the US FDA (Food and Drug Administration), offering new hope to those with the disease and their families.

The drug, Aducanumab, aims to treat one of the causes of Alzheimer’s, build-up of proteins in the brain. Current Alzheimer’s drugs seek to address symptoms, such as memory loss. In contrast, Aducanumab is designed to clear clumps of a specific protein, amyloid-β, which is part of one major theory about the root cause of Alzheimer’s, known as the amyloid hypothesis

However, a new article in “Nature” magazine shows that opinion is divided on the clinical trial data that the drug, Aducanumab, is effective. According to some experts, there is no clear link between the drug and a slowing of cognitive decline.

There have been several drugs designed to reduce amyloid plaques, but to date none of them have managed to improve cognition. Aducanumab went through two Phase II trials, only one of which showed that in participants who received the highest dose of the drug, cognitive decline was slowed.

Even Paul Aisen, director of the University of Southern California’s Alzheimer’s Therapeutic Research Institute and a consultant for Biogen, the makers of Aducanumab, admitted:

“This was a problematic data set. It was a very fraught situation.”

Canadian experts seem to agree with the more cautious approach. Global News quoted Dr. Howard Chertkow, scientific director at the Canadian Consortium on Neurodegeneration in Aging, as saying that the new drug was

“Not a home run (and) we’re really a little unsure about how good this drug is going to be when it’s out in the market.”

Some view the approval of Aducanumab as the ‘kick’ the field of Alzheimer’s drug research might need to encourage further research. Maria Carrillo, chief science officer for the US Alzheimer’s Association said:

“History has shown us that approvals of the first drug in a new category invigorate the field, increase investments in new treatments and encourage greater innovation.”

Equally, others worry that the high profile of the new drug might cause those involved in other trials to drop out. Also, drug companies might focus only on drugs that follow the amyloid hypothesis.

As with many new therapies, there are some reported significant side effects of the new drug. Around 40% of trial participants developed brain swelling, which didn’t produce any symptoms, but would need to be monitored through regular brain scans.

There is a great deal at stake, and not just for the estimated 35million people with Alzheimer’s worldwide. According to the Public Health Agency of Canada (PHAC), nearly half a million Canadians over the age of 65 are currently living with dementia of various sorts, two-thirds of them women.

As part of their dementia strategy, the Canadian government will be providing:

“$31.6 million over 5 years through the Canadian Institutes of Health Research to … bring together people from across the country to advance research on dementia prevention, diagnosis, treatment and care.”

An additional $14.4million will be invested by provincial agencies and non-profit organizations.

The developer of the drug, Biogen, will charge around US$56,000 per person per year for the drug, that’s US$1000 a week. According to Nature’s calculations, if only 5% of the 6million with Alzheimer’s in the US took the drug, this would net Biogen nearly US $17billion a year. Despite the astronomical costs for big pharmaceutical companies to develop new drugs, this is a serious amount of money.

It is also a sobering thought that if this budget was (hypothetically) diverted and put towards funding treatment using Aducanumab, it would cover the costs for just 164 people per year for five years. New research into effective treatments is desperately needed, and that involves substantial and sustained investment.

If you have dementia and are living at home, or are caring for someone with Alzheimer’s, contact us for home care and respite care in Calgary. Our team can offer home visits that enhance your day with mental stimulation and cognition activities, keeping your brain active and bringing enjoyment to your days. 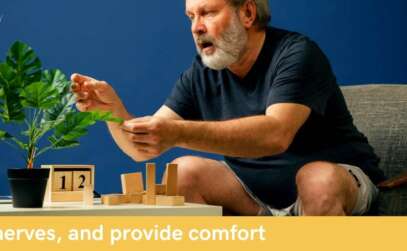 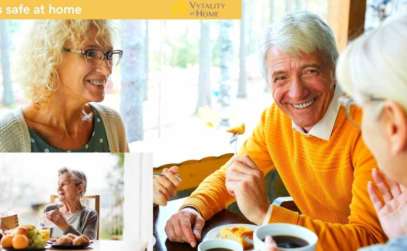 Respite care: time to take a...

Are 5 hours a night enough? Seniors and the need for quality sleep