The Mozart Effect: new study into music and epilepsy

Of all the great composers, Wolfgang Amadeus Mozart has long been the researchers’ favourite when investigating the effects of classical music on the brain.

The term “Mozart effect” was coined by Dr. Alfred A. Tomatis in his book “Pourquoi Mozart”. The book proposed that listening to classical music could be beneficial to those with dyslexia, autism, depression and other mental health issues.

In 1993 a research team led by psychologist Dr. Frances Rauscher claimed that (3):

Mozart suddenly became a focus for proving that this rise in cognitive skills was not just due to a “feel good factor”. Rats exposed to Mozart performed better in a maze test than those expose to music by Phillip Glass or white noise. Millions of CDs of classical music were sold for mothers to play to their unborn babies with the aim of boosting their cognitive abilities.

The latest study conducted in the Czech Republic found that:

“Listening to Mozart’s Sonata For Two Pianos K448 reduced epileptiform discharges (EDs) – the electrical brain waves associated with epilepsy and which can cause seizures.”

Previous researchers had already noted how listening to Mozart’s work (K448), described by Albert Einstein as “One of the most profound and most mature of all Mozart’s compositions”, reduced seizure frequency in epileptics.

What makes the new study more interesting is that the effects were not measured against other types of music, as before, but against another great work by a composer of the classical period, Haydn’s Symphony No 94.

The research showed that:

Even more unusually, there were different reactions to Haydn between men and women:

Men responded with reduced EDs to music that is harmonic, with “significant high frequency parts” and that gradually slows. Women responded when in addition the music also decreased in volume. The researchers conclude that:

“These acoustic characteristics are more dominant in Mozart’s music than in Haydn’s music”.

“We believe the physical ‘acoustic’ features of the Mozart music affect brain oscillations – or brain waves – which is responsible for reducing EDs.”

The study is being followed by further research with the hope of developing personalised music therapy to help prevent and management of epileptic seizures.

Overall, there is plenty of evidence that musical training and learning an instrument can have a positive effect on IQ. In addition, music therapy can help decrease depression, improve mood, and lead to a reduction in anxiety. It has also proven successful with those with special need and autism, whether children or adults.

The positive benefits of arts-based therapies in care homes is also well understood. A team in Nottingham UK are about the embark on a study on “The Arts and Dementia (TAnDEM): Evidence-based ways to live well with dementia through the creative arts.” (7) (We like that phrase ‘live well’ in particular). The team’s aim is to:

“Understand more about which kinds of activities bring the most benefits, to whom and in which care settings.”

Cognitive stimulation, activities and social interaction are core parts of our home care services at Vytality at Home. For our caregivers, meaningful engagement is as important as the ‘necessaries’ of personal care and housekeeping. That’s why their visits last two hours, so there is plenty of time for a chat, an activity and even 26 minutes of Mozart to listen to together. (For more details, see our engagement services page)

Does the Mozart Effect really work?

While typing this, we’ve had K448 on in the background. (Specifically, this superb live performance by Martha Argerich and Daniel Barenboim on YouTube). It is certainly relaxing, calming and yet also intriguing to listen to, as it involves two people playing identical notes at the same time. Sometimes your brain can spot that, sometimes not!

We’re not sure we’re any smarter as a result, but we certainly feel less stressed and are less concerned about other elements of work. 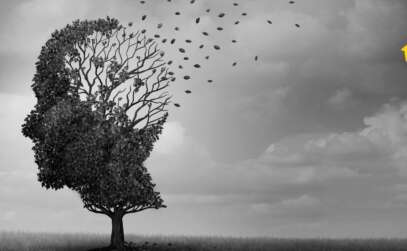 Living with dementia: why an early... 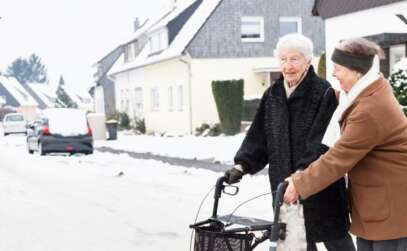 Frostbite and hypothermia: seniors and extreme...