When it comes to longevity, 110 is definitely the new 100! It is estimated that up to 600 people worldwide have exceeded the age of 110, joining an elite group of so-called supercentenarians.

The world’s current verified oldest resident is Kane Tanaka, a Japanese lady born on 2nd January 1903. Indeed, the current top fifty oldest living people are all female.The oldest living man has some catching up to do; Saturnino de la Fuente was born in February 1909 and is a ‘mere’ 111 years old.

Certain countries appear more times in the top 50 oldest women than others, including

Canada has a very respectable tally of three women aged over 110, with Phyllis Ridgway currently holding the No24 slot aged 113.

Oldest person to have lived

France holds the record for the oldest person to have ever lived whose age could be independently verified. Frenchwoman Jeanne Calment (1875–1997) lived to the truly magnificent age of 122 years, 164 days. She claimed to have known Vincent Van Gogh, and said of the world-famous painter: “Van Gogh was very ugly. Ugly like a louse.”

Calment assigned her long life to various aspects of her lifestyle. She rode her bicycle until the age of 100, She got up every day at 6.45am, said her prayers and did her calisthenics. She decided to quit smoking aged 117, but still took her nightly glass of port, and ascribed her health to a diet rich in olive oil.

It’s probably the most asked question the oldest people in the world got asked in their later years, and the answers are really fascinating. (6)

Many mention diet, eating and drinking specific items, such as:

Several others mention not drinking alcohol, not smoking, and eating less meat.

It’s not all about a healthy diet (or otherwise). Canadian Marie-Louise Meilleur, who died in 1998 aged 117, put her long life down to “hard work”! Other top tips from those who lived to over 110 include:

And from the current oldest living person:

“Oh sure, you can never get too old to wear fancy stuff.”

We know she died in 2015 just 1 year short of 110, but who could resists the advice of Jessie Gallan from Scotland:

”My secret to a long life has been staying away from men. They're just more trouble than they're worth."

Enjoy your long life with help from Vytality at Home

If you’re finding doing what you used to do around the home a little harder, we can lend a hand! Our experienced caregivers are not just there for personal care. Our team are happy to help with light housekeeping, laundry, grocery shopping, preparing meals, or just a friendly face to do the crossword with. Call us for more details – we’re here to help. 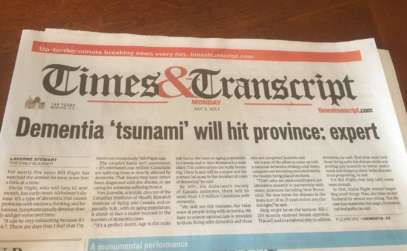 Dementia and Alzheimer’s – The Tsunami... 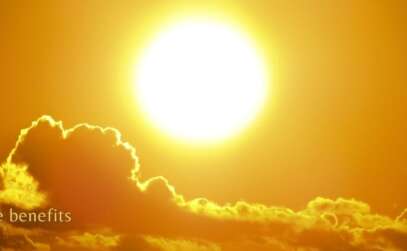