Why retire to Calgary: the facts and figures

We love Calgary, and we think it’s a wonderful city both for incoming retirees from other parts of Canada, and senior already living here and looking to age in place. We’re glad to say that lots of surveys and stats support this view too!

Calgary ranks highly in the Maclean’s index of the best communities in Canada, coming in at number 33. According to the index, Calgary’s top feature is its amenities, whilst its second best feature is its commute (aka public transport network).

According to the 2018 MoneySense list, Calgary is ranked 36th best in Canada for seniors looking to retire. The top retirement city in Alberta, Calgary scored highly for amenities and public transport, a clear sign that this is a city that has accessibility and mobility high on its agenda. As a city, Calgary is also probably richer than most retirees might expect: in 2015, the city had the most millionaires per capita in Canada!

Most livable city in the world – #5

Calgary was named the most livable city in North America in The Economist Intelligence Unit's Global Livability Index for 2019. With an overall score of 97.5 out of 100, putting it at No. 5 globally, Calgary ranked 100% for key features including stability, healthcare, education and infrastructure.(5)

Retiring may be about living the life you want, in a place that has the amenities and infrastructure, but it also involves finding an affordable location, especially if you need to buy a property. Affordable housing stock gives retirees and seniors the opportunity to buy a new home in Calgary, or downsize from an existing family home. As circumstances change, they can then age in place with home care if they wish, rather than buying into a retirement community.

What makes a great retirement city?

If you’re looking to move to retire, Calgary is well worth considering for a multitude of reasons. Those same reasons apply if you also want to age in place and remain in your own home for as long as possible. Top of those reasons for many seniors would be healthcare, and we’re proud that Vytality at Home is part of an effective and accessible healthcare network to help seniors live well for longer.

8 more benefits of retiring to Calgary

In no particular order…

Voted the world’s cleanest city in 2007, Calgary is virtually litter free, and its Transit system operates entirely on sustainable energy.

Calgary has four major hospitals and lots of specialist clinics. The healthcare system works remarkably well, and there are schemes to help Calgary residents to fund their home health care too. (See our previous article.)

Here in Calgary, the sun shines and the humidity is low, averaging at 55%. Add in the warming influence of the Chinook wind, and the climate is more temperate that you might expect. Yes, we do get snow, but not as much as other cities in Canada.

The University of Calgary offers free tuition fees on undergraduate degree level courses for the over 65s. So it’s never too late to learn something new!

Calgary is less than an hour’s drive from the Rocky Mountains, with easy access to the ski fields at Banff, and great walking or hiking during the summer months.

The Calgary Transit has been carrying residents around Calgary since 1909! Today, the fleet consists of 225 regular buses, 575 low floor buses, 63 articulated buses, 102 community shuttle buses, and 160 light rail vehicles. The city centre has dedicated bike lanes and there’s even a series of covered skywalk bridges known as the Plus 15 or +15 Skyway, to keep you warm and dry while you shop during the winter!

• Easy to reach for family visits

Calgary sits on two of the largest highways in North America – the Canamex Highway and the TransCanada Highway. Calgary Airport also links the city with destinations in Canada and beyond. Calgary is also just a three-hour drive from the Coutts/Sweetgrass United States border crossing.

Retire to Calgary with confidence

Why not come and visit Calgary for yourself, and experience the vibrant energy and caring nature of our lovely city. The Visit Calgary website will help you plan your visit and make the most of your time here. We look forward to welcoming you soon! 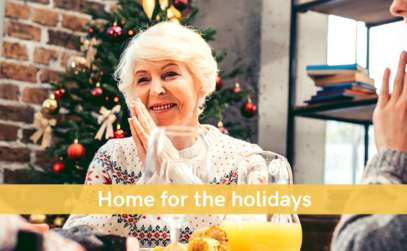 Home for Christmas: are your loved... 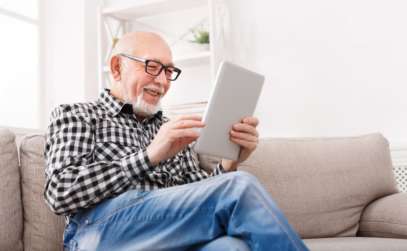 Technology that allows you to age...